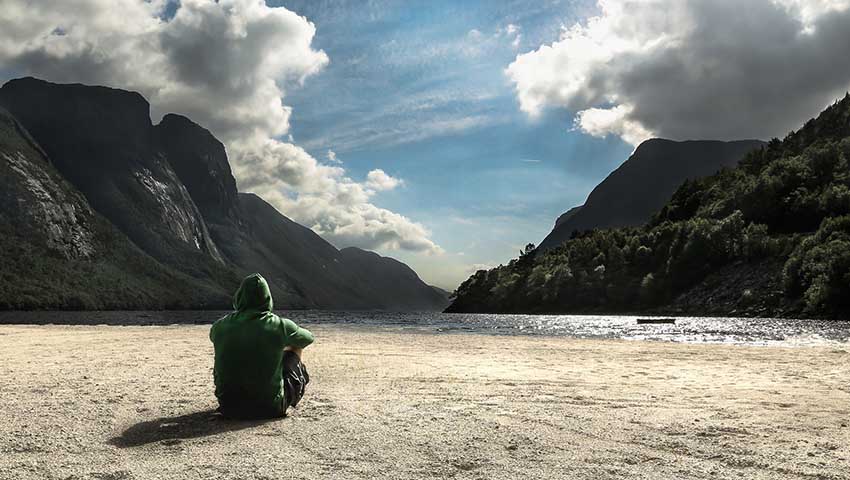 Rebecca sat and sipped on her chai-latte mixed with a little bit of hot chocolate.

She has spent the entire day trying to figure out a way to get out of debt, as well as a way to get the feeling of accomplishing something off her chest

At first she thought she could shake the feeling by trying to read three different books.  One was about money, one was about spirituality (and doing what you love) and the other, a simple science fiction novel about time travel and solving your future problems.

After reading no more than ten minutes of each book, she realized not a single one of the them was going to shake the sinking feeling that was now engulfing her entire being.

Thinking was making it impossible to remove herself from the trap of her own mind.

And worse, it was exhausting her to the point of breaking.

This went on relentlessly throughout the entire day.

But just an hour away from dusk, she heard a little voice inside her head speak to her.

“Absolute nothing.” It said.

At first she questioned the words and what they meant.

That’s when she snapped out of it and became aware of her surroundings.

The birds, the wind, and the leaves dancing upon the branches of the trees.

And that’s when it all made sense.

“I’m not supposed to do anything today.” She whispered to herself.

At first it felt wrong as she struggled to make sense of the concept of doing nothing.

“Doing nothing won’t get you out of debt.” She thought.

“Doing nothing won’t change your situation.”

And of course, doing nothing isn’t going to fix the the constant feeling of lack.

But then she could feel it even stronger.

This time, it was talking to her as it coming from the environment itself.

“If you try to work out your problems, think about your shortcomings, or try to accomplish any level of success today, it will kill you.”

Naturally these words would seem like a threat, something to be afraid of.  But there was something else, something she had never felt before.

It was like a new feeling had taken over the sinking feeling deep within her chest.

“Absolute nothing.” She thought to herself.

Just whispering those words made her realize a great truth.

That truth, was that doing nothing, was far more productive now, than doing anything that caused more of the same cycle of discontent she was having.

Absolute nothing ended the worry, put a stop to the the overwhelm, and curbed the torment her brain was bombarding itself with.

Today, this is who I shall become.

Sometimes we find ourselves with that pit in our stomachs.  That feeling of dissatisfaction, and its need to produce something of value it order to feel as though we’ve made something move.

But when overwhelm and uncertainty set in with a vengeance, the only way out, is through surrender.

This short story is a lesson of that surrender.  But instead of one faced with the scrutiny of societal judgement, it’s one of relief and invigoration for the experience of self.

Too many times we find ourselves hungry for progression. Especially when the cards seem to be stacked against us.

Maybe today isn’t the day you’ll figure it all out.

Maybe today isn’t the day all the answers will come.

But maybe, just maybe, today is the day you remember that you did nothing, so that you could open your mind to everything.