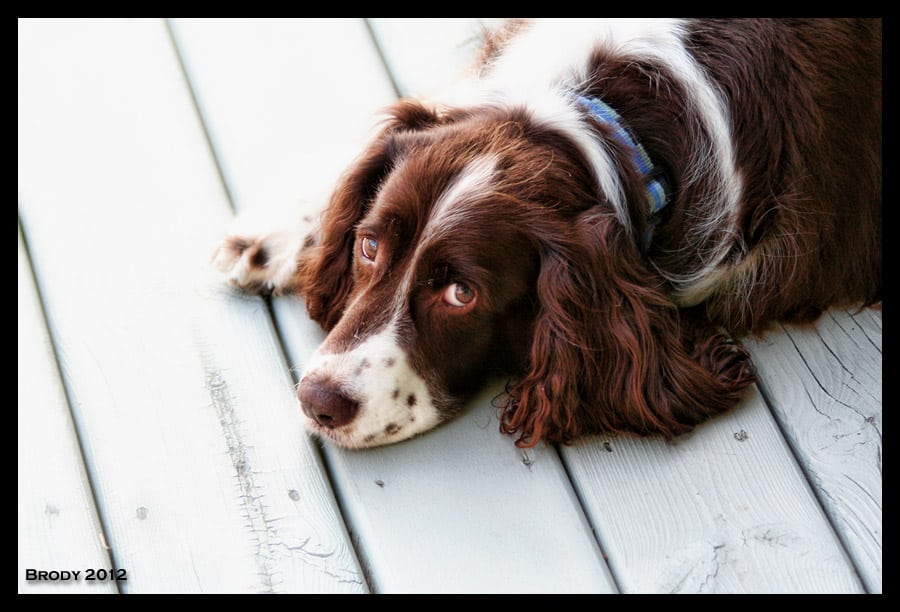 The nosebleed had returned and she had been trying to get it under control for the better part of an hour.  But this time, even the epinephrine was failing.  We then took him outside to get him into the car after the bleeding seemed to be slowing down. But within minutes, the blood began to flow uncontrollably once again.  It was in that moment we both realized we had to make a choice we had been dreading.

With tears in my eyes I walked back into the house and gathered the children.  I could barely speak as the reality of the moment was setting in.

“You don’t need to go with us, you can stay here if you choose, but Mom and I are leaving to put Brody down.”

The look in their eyes was one I will never forget.  You never want to see that kind of hurt within a child.  As they walked outside to say goodbye to Brody, I knew the next hour would be one of the hardest I’ve had in a long time.

After saying their goodbyes, we loaded Brody in the car and drove to the clinic. The drive there, needless to say, was very difficult.  But when we arrived, the tears flowed even more as we noticed her colleagues had set out a blanket with several dog toys, resting under the large trees in the sun.  It was a beautiful gesture of sympathy I will never forget.

As I laid Brody down onto the blanket, one of the doctors went inside to get the euthanasia syringe as we made him comfortable.  Within a couple of minutes, the doctor, and another one of Jen’s colleagues, came out with some treats, including a big chocolate donut. (I can’t even write this without smiling)  This simple act of kindness overwhelmed me as I watched Brody scarf the whole thing down in about two bites.

For a split second, we nervously laughed as we became worried he’d choke on it.   (“This wasn’t the plan guys.”, I thought to myself.) Regardless, it was a beautiful thing to see him enjoy something we’ve never given him the privilege to enjoy.

As he lay in Jen’s lap, while I held her with my hand on Brody’s back, I felt his body slowly go limp as he passed in our arms.  It wasva beautiful, but painful moment, as he transitioned in the sunlight.

I wish I could find the words to describe how proud I am of my wife. How much she took care of Brody, how much she takes care of us, yet remains so strong regardless of the questioning of her own resolve.  Instead, I can only end this story by telling you that I do not believe, nor any longer, take part in false hope.  Yes, I believe in science, I believe in a greater power, but most importantly, I believe in the foundation of my life experiences over anything else.

To watch your body suffer from loss, is a profound experience.  But to see it from the perspective of a third person, is profound beyond comprehension.  To know there’s more, but at the same time, not fall prey to the “they’re in a better place” rhetoric that is claimed out of blind-faith, vs true, hands-on experience, is humbling to say the least.

Yes, faith is integral to the questions unanswered if the mind is not prepared to stretch itself beyond the physical.  But to KNOW, both experientially, logically, and spiritually, is, in my mind, the true path to personal, and reflective freedom.

No, we do not cease to exist when we pass.  Yes, this body incarnates back into the etheric and the experience of (your name here) leaves the physical plane.  But to invest in false hope, false assumption, and misguided awareness, is a detriment to our spiritual and physical well being. (again, in my opinion)

It’s not that there isn’t hope, it’s that we need a fresh dose of reality from time to time, in order to awaken to the true power of our reality.

I know there are many roads in which we will continue to travel within the Tesserean work, but none more important than losing the false sense of self, which continues to blindly make so many of our life choices for us.  None of which, hold any weight towards the betterment of our lives in general.

Yes, Brody was (and is) a huge part of our lives.  He will (and is) sorely missed.  But to know the truth of mortality, where we came from, and where we’re going, is without a doubt, a step into the right direction of not only healing, but also evolving as a spiritual/physical species.

My promise to you is that I will never claim to know it all and, I have no intention of leading anyone down a road that is built on falesy.  Again, there is much work to do within our community and many new trails to blaze.  But I will never forget, that no matter how profound my perspectives may continue to become, I am still partly an ignorant and humble servant to this temporary incarnation of Adam.  And trust me when I say this.  Adam ain’t perfect.

And to carry on tradition, there will be more beloved pets, people, and beautiful relationships making their way into my future.  For this I have no doubt.  And when they arrive, I will embrace them with open arms, even knowing they will all leave a mark upon me, both beautiful, profound, and tragic.

In the end, just as it is within the beginning, it’s all worth it.

This, is my choice.

Adam
PS I am at the cabin and yes, Steve is alive! (See image below) If you don’t know who Steve is, you can read the story here. https://innereden.com/journal/the-rose/
PPS You may not be able to see his back right foot, but if you can look closely you’ll see him missing some toes. 🙂 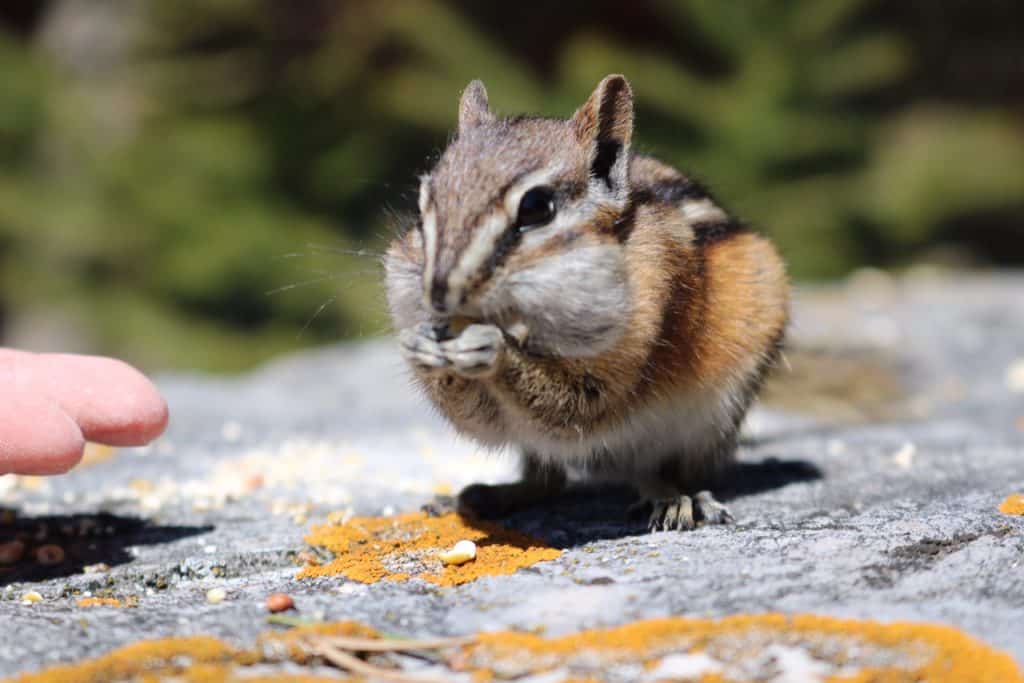