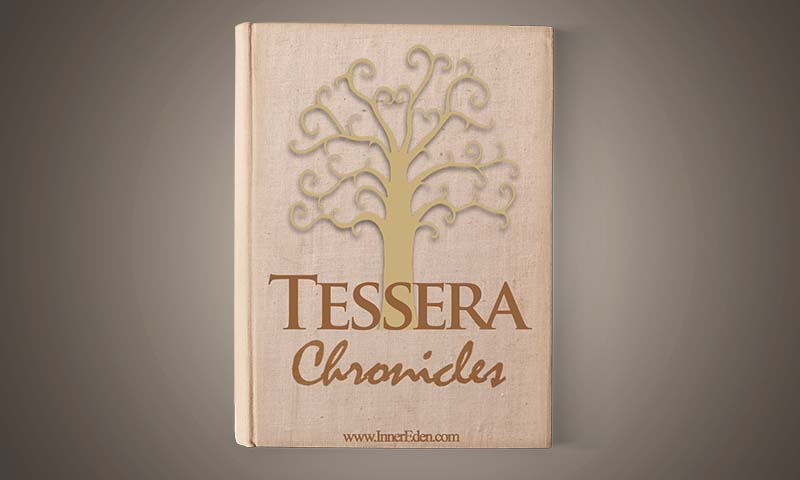 When Judith first came to see me she exhibited deep signs of clinical depression.

She has verbally communicated life is no longer of interest to her.

Also, her social life has been limited to direct family with no intention of talking or communicating with others.

Furthermore, she claims that the world around her is doomed which, in my opinion, is vastly magnified by her addiction with the news and current global events.

However, the last several days have proved to be a very interesting for Judith.  Originally diagnosed with acute anxiety, something remarkable has happened since introducing her to the PR (Psychogenic Resonance) protocol.

As I have done with all of my patients, we began the session by discussing the foundation of Tessera.  My intention was to show her there is more to this world as well as the mind in which decodes it.

I then shared that within each of us, there is a resonance (memory allocation) that is developed over our lifetimes, and that this resonance leaves a trail.

I told her it’s like a path of memories that can be re-entered and re-fashioned in order to produce different outcomes.

Note:  However it may be that Psychogenic Resonance is not yet labeled as a true therapy, the discussion of Tessera alone, had shown an irrefutable reaction to Judith’s behavior.  She, like many of my patients before her, seemed very interested in the concept of something (or a place) beyond this physical world. I clearly witnessed her emotions positively heighten, as I shared this information wit her.

Once we discussed the PR protocol, I had her lie down on the couch towards the left of the fireplace, and begin the process.

I then asked her to choose an environment that made her comfortable based on the EdenSync atmospheric modules.

After listening to a few samples, she chose #43 (Mireya Harbor) and we began the process.

As I monitored Judith during the session, at the eight minute and thirty seven second mark, she became noticeably emotional.  I asked her what she was thinking about and she shook her head as if not to interrupt her.

I then gently checked her pulse, and noticed her rate had risen to almost 123 BPM.

Once the EdenSync audio had finished, she sat up and I offered her a glass of water.

I gave her a moment to collect herself, then began the debriefing process asking her what she experienced during the session.

She only uttered three words before breaking down in tears.

When I asked where, I assumed she meant the location in which the EdenSync audio was purposed for.

But her answer was not what I expected.  Instead, she answered with a single word

When I asked her what that meant to her, she explained the following.

It wasn’t just the audio.  When I first heard the waves and tones, I was relaxed.  But then I began to notice much more.  Within a few  minutes I found myself at my childhood home.  I was standing in the kitchen with my hand on the refrigerator door.  In that moment I became very conscious as if I was actually there.

That’s when I noticed the counter tops, the sink, then the wallpaper.

The details were so vivid.  They were just like they were when I was a child.

I then walked outside the front door of our house and stepped into the sun.

I could actually feel the sun on my skin.  It was so warm.  But then there was something else.

A song, something from my childhood that was not in the EdenSync audio.  I could hear it in my head.  And that’s when I realized the entire experience was more than a memory that I was just reliving.  It was all new.

That’s when I began to cry.

This is when you asked me how I was feeling.  I didn’t want it to stop.  I realized in that moment I was in two places at once and not trapped within the physical world.

It was just beautiful and I want to do it again and again.

There seems to be so much to learn from this.

What Judith described next, was that the experience itself gave her a new definition of memory.

Before the PR session, she proclaimed she felt as though there was no purpose to life whatsoever.  That her physical existence was random, and that her past experiences were no longer valid.

However, after the session, she said that she now had a new perspective on memory, and finally understood what resonance meant.

Her exact words were “resonance isn’t just something left behind by a memory, but something real that you can re-enter and experience new perspectives with.”

I find this very interesting and exciting as this was always the purpose of the Psychogenic Resonance protocol.

After only two more EdenSync experiences, Judith’s perspective on life had improved so dramatically, that with my blessing, we ended the sessions.

Judith came to the house today. It’s been several months since she experienced the first PR session.  She says that she uses the EdenSync modules every day, and has finally come to terms with her definition of Tessera.

She was noticeably more calm than I remember her, but also very excited about her work, life, and apparently has found new friends.

She also says her friends think she’s crazy when she talks about Tessera, and no longer brings it up in casual conversation.

She gave me a hug, and thanked me for “our little secret.”

The Tessera Chronicles are works of fiction.  They are entries based on the characters within my programs and stories.  Each one will be unique and are relative to the continuation of my work.  All names are fictional and are not meant to be anyone real.

Dr. Vassar is the therapist from The Road Before You.