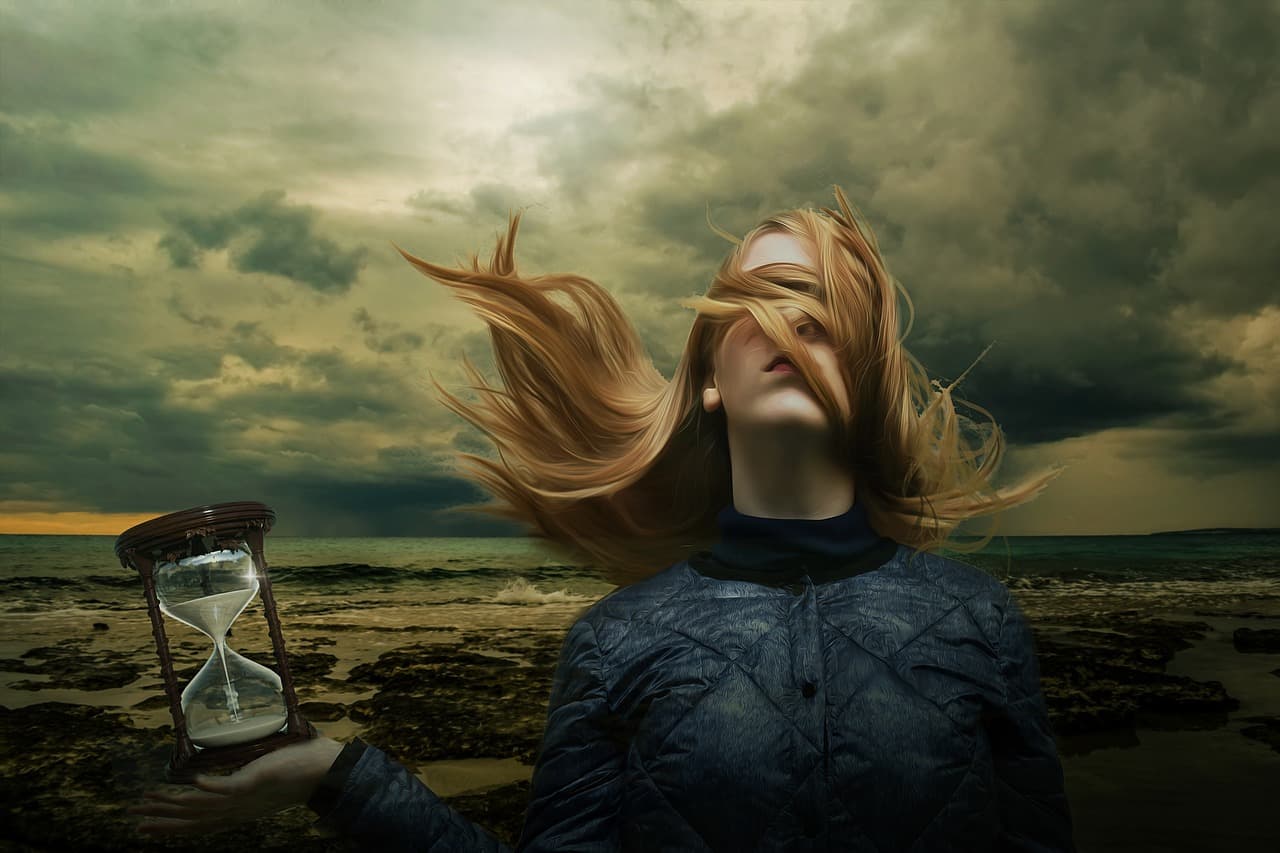 Note: Part of this entry will be included in the Tesserean Handbook.

The last two weeks with my father in ICU (botched heart surgery if you missed last week’s email) have proven to offer a mixed bag of feelings and revelations.   Partially because of the experience, I now have a quote in my head I can’t get rid of.

Why is it that we can say prayer is real, but if you get caught speaking to God you get thrown into the nuthouse?

For the record, there’s been a million thoughts that run through your head when a loved one is ill, or clearly on their way to the next plane of existence; as I’m sure many of you have experienced with your own loved ones firsthand.  But the biggest one — without a doubt — is the flood of memories that pull on our heartstrings, which almost always cause a certain amount of (and sometimes unbearable) suffering.

Before you ask yes, I love my dad deeply and of course, don’t want him to die.  Yet, there’s the reality that we are all dying in one form or another and that it’s a rite of passage we should somehow learn to embrace.

Then, there’s another reality, one that is built on logic, incongruity, and most importantly, experience.  It’s this last one that has me caught up in the above quote about prayer.  Not because you may or may not believe in God, but that we fail to become cognizant of the absurdity of our own false beliefs driven by a narrative we simply cannot see.

Breaking free from this affliction, I can’t pinpoint exactly when it clicked, or where I got it from, but answers clearly developed over time after applying myself to the unknown.  First, they showed up somewhere over the last few years because of my intense dedication to my work.  Then, they continued to evolve in the background after showing me the fallacy of my own ego/narrative (which quite honestly I’m getting tired of talking about).  Finally, I’ve been given the gift of early-morning sessions of clear-headed writing, which have helped hone these invaluable lessons — in such great detail — that I’ve been able to transpose them into (MAS) simulations.

For example:  I used to just say, “We don’t die”, which was mostly derived from unexplainable experiences such as lucid dreams, gut feelings, and blind faith.  Although powerful, these revelations were naive for the simple fact that I was continually defining them from a position mostly based on personal narrative.  In short, it’s like saying “We don’t die because I believe we’re all energy.” or, “We don’t die because, instead, we go to heaven/valhalla/paradise,” etc.  It all sounds wonderful, but since most of it is taught to us, it doesn’t offer clear enough validation outside of, again, the trust of one’s own narrative.

This is the sticky part, mostly because I have witnessed how the human condition filters out so much of our true reality that it feels like we’re not supposed to understand it in the first place.  It’s like saying, “If this life is a simulation — and we’re all made out of code — then someone (whomever/whatever created that code), must have placed a blocker within us so that we may never truly know we’re in a simulation.”  This is the same reason a toaster doesn’t start your car, or a baseball bat isn’t made to replace the CPU on your computer.  Instead, it’s about staying in line with what you’ve been taught to be reality, and never challenging the perceived truth beyond it.

However, if were in a simulation, or if we’re all just stuck in the middle somewhere within a false reality (which we are), then it also makes sense why so many of our gurus and spiritual leaders seem to get close, yet fail to fully explain the unexplainable in a way that satisfies that itch in the back of your head questioning the entire process.

Getting back to my point, I have, however, found truths over the past year that I’ve been able to test, not just hope (or confabulate) are real.  To me, this is the closest we can come to understanding who we are, where we are, and what we are to become without that itch in the back of our heads trying to turn us inside out.

For example: Enlightenment is much quicker realized through the understanding of what you see before you as untruth, than a truth (or truths) you simply hope are real.  Regardless, enlightenment isn’t just about seeing all at once, it’s also about realizing the need (yes need) for ego, false narrative, and even the experiences that bring us upon the brink of insanity.  It literally means awareness without compromise, not awareness based on hope driven by a false narrative.  So yes, it’s much easier to find enlightenment (or something close to it) through dissemination vs trying to wish it into effect.

On a side note.  If this is too much to handle, I get it.  It’s taken me a lifetime to understand what I’m trying to convey here and may take even longer to explain it outside of a Tesserean simulation, so bear with me.  Yet, I am confident I can give you a small piece now, here, in writing.  Call it a gift, if you will, but it’s all I can offer until I am able to relate this concept through more advanced efforts, i.e. MAS simulations.

Memory as a Map

Over the past month I have worked harder than ever on the Rheasilvia Outpost project.  For those who joined me in Parallels over the summer, you already know what this is.  If not, just understand it’s about experiencing a new awareness that involves adventuring to a distant location (like the moon example below, but much more in depth), by using memories as a tool vs just as a mental recording device.

Also during my latest writing via this project, I’ve uncovered a unique perception that I call The Interrelation Coordinate.  Basically, it’s about utilizing memories as bridges through space and time.

As a quick exercise, step away from this text for a moment and look across your yard.  Look for a tree (or other object), close your eyes, then imagine yourself standing next to it.  Look (via imagination) at the trunk, the branches, and the ground.  Next, as you open your eyes again (where you are now), look back at the tree/object and recall the memory of what you just experienced and pay attention to the observation of distance.  If you did it right it will feel like you’re trying to recall a dream you just had.

Here’s the really interesting part.  What just took place was you not only creating a new memory by imagining yourself in a unique location, but by recalling that memory you created a pathway between you and the object in real time.  It’s this mental pathway that is the true asset.  This is simply because it allows the mind to witness a kind of parallel state that sets it free from the physical world.  It does this by utilizing memories as a map instead of solely a mechanism for recording joy or experiencing suffering.

The grand finale of the exercise is a whopper because when you learn to do this through a simulation, you’ll actually wind up somewhere completely different than you intended, i.e. you’ll imagine being next to the tree, or on the moon, only to wind up in a castle in England overlooking a lavender field (ask me about that sometime), or in a location you haven’t been to in years.  However, this is because you will move through the fuzziness of the middle mind (see disclaimer below) like trying to wade through the muddled thoughts that ensue when trying to remember a dream.  The result is entering a state of absolute pure awareness.

Quick note: For those who experienced Parallels, this is exactly how I was able to awaken in lucid dreams and spend time with my deceased cat, Abby.  However, with the help of (MAS) simulations such as the Rheasilvia Outpost, you will be able to experience these perspectives without the need to lucid dream, or even fall asleep.  The benefit, of course, is that it will change your perspective (greatly) of the physical world, as well as the one/s beyond it.

Keep in mind that this comes with a level of responsibility as this Interrelation Coordinate (or pathway) allows you to consciously pass beyond what I call the middle mind.  It’s this middle mind that I believe most people with mental disorders (dementia, schizophrenia, etc) get stuck in.  In short, I believe they are stuck in a pattern of mind where the filters are simply missing, or get crossed in a way that they can’t tell the difference between the physical and psychogenic worlds; as well as those that may exist beyond the physical; Which is argued by some doctors and even physicists.

For the record, I’m not just talking about removing filters either, I’m talking about experiencing life with the ability to witness full-potential awareness without narrative, while not winding up trapped in a particular frame of mind like we are via our narrative in the physical plane — or within a state of mental illness.  So please, don’t let this scare you because the exercises (simulations) have been created so you can experience these powerful perspectives in waking life, as well as within the dreamstate.  This offers us both the true benefit of control over our journey while allowing us to embrace the new visions we will irrefutably pick up along the way.

To bring this full circle, I’m not holding the memories of my father as mechanisms for suffering or loss, but instead, I’m now working to create them as assets to bring us closer, even beyond physical death.