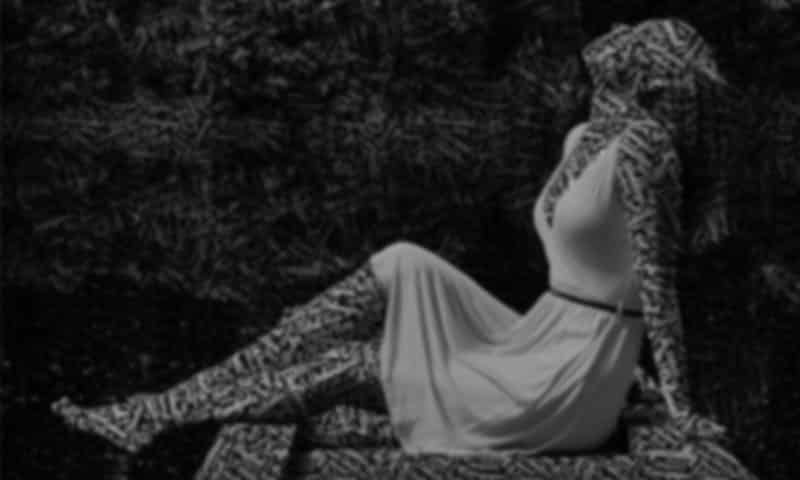 The following short story is based on the auditory story I wrote a few months back called “Just Within Reach”.  This story continues with Erica, but something about her has changed.  Now, she brings into the world a new perspective that teaches a valuable lesson.

Melanie sat staring at her friend trying to figure what had changed. Yes, Erica looked the same from the outside, but something had clearly shifted within her.

“So,” Melanie said, sipping her chai latte while taking her eyes off of the traffic outside. “what do you mean by seeing people as vibrations?”

Erica looked up and her friend with a sincere, yet serious, look.

“So you’re saying I should see them as vibrations?” Melanie asked.

“What does that mean exactly? I mean, I don’t think I’m quite getting it.”

“I know, it’s not easy to see without actually seeing it.” Erica responded. “Let me show you.”

As the two women sat at the tea shop table, Erica asked her friend to look out into the street and choose a person. After Melanie made her choice-a young woman wearing a long white dress and holding a brown leather sling pack-Erica continued.

“Now, look at the way she walks, how she carries herself, and how she’s dressed. Take a good hard look, then tell me what you see.”

Melanie took a sip of her latte while examining the woman.

“I see a young woman that seems content by what she’s wearing. I mean, the dress says two things; 1. It says she’s taken the time to dress nice, so she’s taken seriously. And 2., I’m happy with my figure, but not so much that I’m willing to show off my body.”

“What else do you see?” Erica asked.

“And her personality? Erica added.

“She looks nice, I guess. I mean, she’s respectfully dressed, so that says something about how she feels about others right?” Melanie respond unsure.

“Exactly.” Erica responded. “You’re seeing those things because they’re a reflection of you.”

Melanie turned her head towards Erica with a confused look on her face.

“Now,” Erica continued without giving her friend a chance to question the exercise. “forget everything you just shared with me and simply look at the woman as a vibration. Nothing more. See the way she moves, her facial expressions, and how she’s dressed. See all of that as nothing more than a series of vibrations that coexist with her environment. Now, tell me what you see?”

As Melanie looked back towards the woman a chill went up her spine. Yes, she was seeing the same woman, but now her perspective shifted. It was that same shift she was having trouble identifying with Erica just moments before.

“She’s…. She’s not the same person.” Melanie responded, almost with a whisper.

“No Melanie.” Erica replied, as she reached out and touched Melanie’s arm.

You’re not the same person. 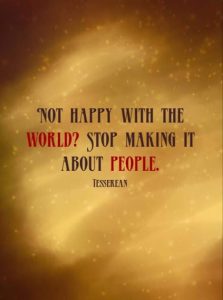 I wrote this story to share a perspective of Tessera.  Although seeing people as vibrations sounds easy, it takes some practice.  Furthermore, it’s not just about seeing others as vibrations as the story suggests.  The true lesson, is to see the world as one, before you can see yourself as a part of the world.

To see someone else as a vibration, is to see yourself as a part of the whole.

I will be continuing lessons like this in the upcoming MAS (Mental Auditory Simulation) audios where you can become a participant within your own narrative.