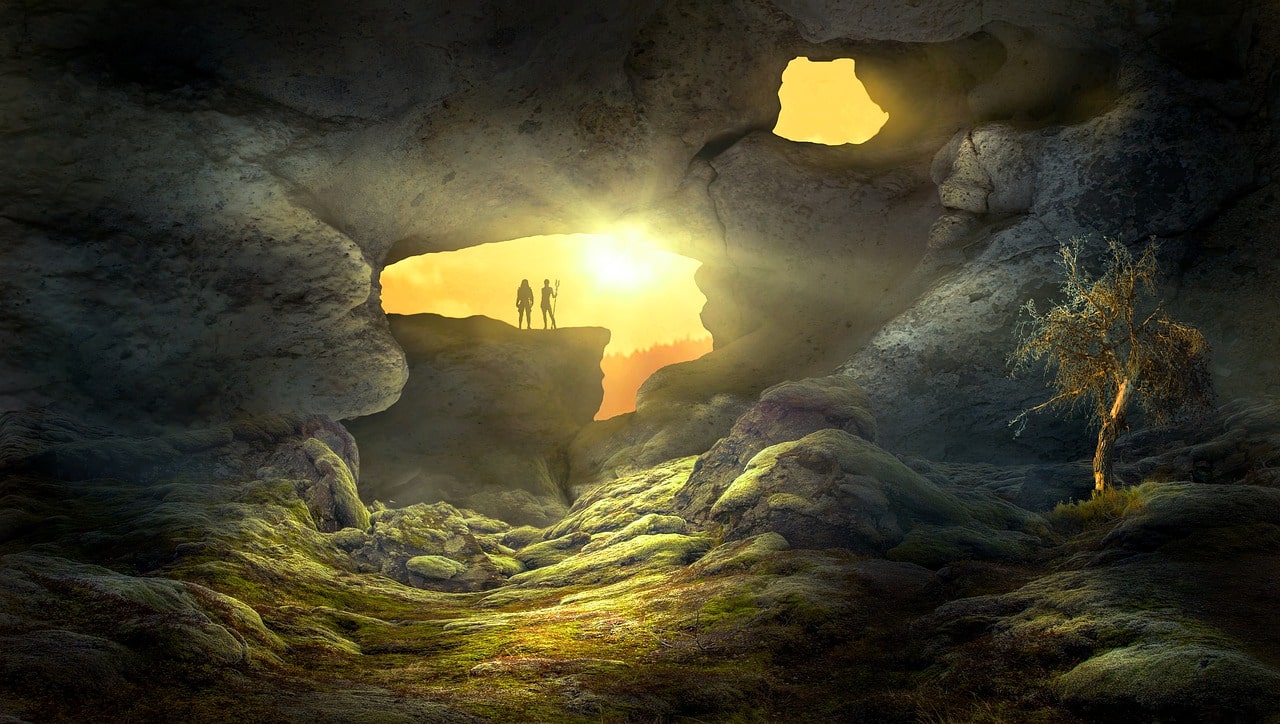 Many Worlds, Many Branches

Feeling God, pure consciousness, or eternal contentment is undeniable.  It’s like walking in the summer sun then all the sudden you feel a part of everything as all of nature and the universe embraces you and tells you that you will never be out of place.  Yet, there’s something missing from the interpretation.  First off, we always start with ourselves, our bodies, our emotions, and our life story.  Even when building Tessera we are limited by the structure and manipulation of our own reality.  But what happens when we are no longer the vehicle of the lesson, but instead, become the Catalyst of the message?

Over the past few months I’ve been witnessing a shift in the way I see the expression of Tessera.  In the beginning we created scenarios based on emotions and life-situations.  Then we moved to more profound creations (think Tevectio, Connect, Another World Awaits, The Mnemonic Emulation, etc) where the landscape became the driving force of those messages.  But isn’t the landscape itself still bound by the physicality of our narrative?  Isn’t Tessera still “just a place” where we can choose to visit, or set aside like a beach ball in winter?

As I pondered this something occurred to me, “What if Tessera had a voice of its own?  Would it write its own book?  Would the Tesserean Handbook be written by myself, Adam? Or would it be written by a place?  How would a place write about itself?”

This is where I knew I had it all wrong.  Tessera was never just a place, no more than we are just a body.

To help understand where this is going, here’s something interesting.  In 1957 a man named Hugh Everett (an American physicist) created what’s called MWI, or Many Worlds Interpretation.

(Hugh Everett III (/ˈɛvərɪt/; November 11, 1930 – July 19, 1982) was an American physicist who first proposed the many-worlds interpretation (MWI) of quantum physics, which he termed his “relative state” formulation. In contrast to the then-dominant Copenhagen interpretation, the MWI posits that the Schrödinger equation never collapses and that all possibilities of a quantum superposition are objectively real.)

If you click the link above, you can read more about MWI and how it relates to what I’m about to share.

What’s important is the consideration of seeing myself through the Tesserean work as a Catalyst in regards to the translation of Tessera’s message.  In short, I can no longer be the “creator of Tessera” through my egoic identity of “Adam”, as it makes no sense outside of self-reflection or egoic self-indulgence, i.e, just to feel good about myself or solely for the fulfillment of ego.  This means that to understand Tessera, (to be a Tesserean) is more about understanding the expressions of Tessera vs. the creations of an individual identity (Adam) trying to be more of something outside of a self that doesn’t even exist.

This is what Tessera was all about in the first place.  It was an island devoted towards the heightening of consciousness, but not just as some hidden paradise deep within a volcano, but as a non-location in which the observer could infuse themselves with in order to gain Parallel Awareness.  Which, again, is nothing more than a heightened state of consciousness.

Take MWI, death, and lucid dreaming.  All of these things require an observer, a biological (physical) conscious being (aka us) in order to bring the experiences into fruition.  Yet, that same observer is able to cross realms via deep meditation, contemplation, and lucid dreaming.

For example; Alec had a lucid dream (yes, I taught him over the summer) last night about being on the beach where he saw Jen and myself.  He told me that when he became lucid, Jen and I instantly phased out and became quiet.  I told him this is what happens when we become lucid, and can also explain why if you and I share a lucid dream, more than likely one of us won’t remember it because we both weren’t actually there.  Yet, it still doesn’t hold up to the argument that it’s just our brains making up the experience and that a part of us (even if the memory doesn’t exist) was actually there.  Just not in the sense that we understand here in the physical, i.e, in this reality.

Consider the (real) stories I’ve shared with you about seeing my deceased father (10 times now since he passed away a year ago Dec 16th.), and how he usually seems younger, and in most cases, different than when he was alive.  In reflection, MWI talks about “branches”, which suggests that all realities don’t collapse (think of an electron orbiting the nucleus of an atom as a cloud of probability, i.e, being in all places at once), but instead, are all taking place at the same time.  In short, if I see my deceased father after his death (or even when he was alive) during a conscious/lucid dream, I may be witnessing another branch of his (or my) possibility.  Biocentrism also contributes to this by saying that upon our physical death we find ourselves simply jumping upon another branch of possibility making that our new reality.  If you think of recurring dreams or witness yourself as someone else during a lucid dream (which I have many times), this makes an almost scary amount of sense.

Yet, based on my own experience, I am irrefutably convinced that regardless of any theory or scientific resolve, the same consciousness (that of myself and my father) are interacting within each other during these (lucid dreaming, contemplation or meditation) experiences as one.  Again, this all hints to Parallel Awareness and the expressions found in the Tesserean work.

So let me ask you this.  If I (Adam) am the creator of Tessera, then is the work not limited to the examination of a singular algorithm of consciousness (Adam) trapped within a body of just one branch of reality?  If so, what would happen if I (Adam) were to let go of all egoic and creative control, then become nothing more than a Catalyst in order to decipher ALL realities shared by Tessera (pure consciousness) itself, through its expressions?  Would this not allow for a far greater expansion of Tessera to run through my veins and become a much larger field of limitless expression?  Is this not how a location (or what may appear to be a location) can write a book about itself through the perspective of pure consciousness?

This is why the Tesserean Handbook isn’t, can’t, and won’t ever just be written by “Adam”.  It must be shared through Tessera itself as its own expression.

Hopefully now you get a sense of the anticipation and adventure I opened this message with.  This is how I have always felt about Tessera, but kept getting in the way because of my corporeal limitations.  Now it’s time I stepped aside and took my place solely as a Catalyst allowing Tessera to write its own story.  This way I can step in and interpret its lessons the best I can through the tools I’ve always had at my disposal since the very beginning.  Because God knows I am no longer capable of creating any of this through a singular vision of self.  That wouldn’t be fair to either one of us.