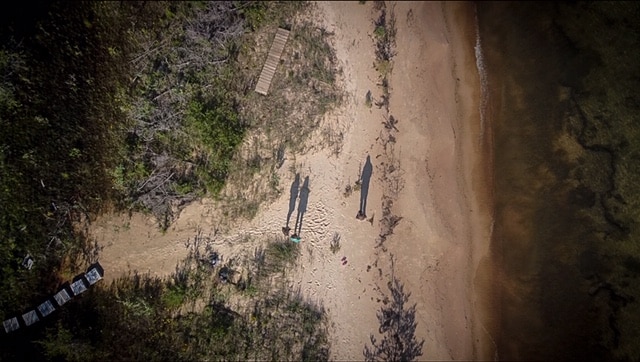 August 29th was the ten year anniversary for The Tessera Method.  I was so busy here at the cabin that it just kind of came and went.  Worse, I wasn’t sure it mattered.  This is why I’m writing to you.

Over the past nine months, the world has changed dramatically.  I’m not just talking about the obvious things we see in the news every day, but the other – more personal stuff – going on in the background; the sapping of energy, the abundance of overwhelm, and of course, the constant worry of what comes next.  This last piece came after realizing how over-critical I’ve become with my work.  So, I decided to take a step back (a big one) and gain some perspective of what was actually going on.

The first thing I noticed was the false assumption based on a lack of connection.  What I mean by this, is when we put something out there — only to wonder how it was received — the mind goes into dark places.  At first, not knowing forces us to undervalue our work.  Then, if we still aren’t sure of the impact we are having on the world, we move onto the next project in search of clarity without ever solving the puzzle of the first.

This cycle causes us to run in circles because we find ourselves in a state of continual creation without ever knowing where the finish line is.

Well, I finally found it,  the finish line that is.  And, I did so by doing the opposite of what I thought to be congruent.

In the past year Jen and I have created (now 7) companies.

On top of these seven companies, we have been involved in several projects.

As you can see, I’ve been pretty busy.  Not only have I been a part of building these companies, or seeing these projects come to fruition, but by doing so I began to recognize a pattern, aka the finish line. Yet, what’s most important, is the fact that this pattern has allowed me to move forward as if I had a crystal ball.  I’m talking about everything in every detail.  Not just the project or business structure itself, but its purpose: if it would be accepted by those it was meant to serve, if it would motivate people to take action, if it would make money, and everything in between including which graphics to use, what copy to write, the partners to get involved with, and of course, how it would become an asset in the short and long term.

If this all sounds like a sales pitch, that’s because it is. I want you to sincerely see what we’re doing (inside and out) so that it can not only serve you, but also those in which you wish to serve.

Now, since so many of you have reached out to me about your projects, your paintings, your meditations, your personal lives, and even your business, I would like to share this model (the pattern) with you as soon as this coming weekend.

Lastly, here’s what pushed me to finally write to you about this.

Jen and I will be packing all day today (here at the cabin), then heading back to our house down south, either tomorrow or Tuesday.  However, we have decided this will be the last winter in that house.  This is because by May 1st, 2021, we will be living in the cabin permanently (until we find another house somewhere up here next winter).  This means that for the next six months, everything you just read about (combined with decluttering, packing, and downsizing) will be put into action so that all businesses and projects are up and running (and generating enough income) by the time we make the trip back here in May.

We will not only be working tirelessly on these businesses and projects, but we will also be inviting you to share the six-month journey with us.  This means we’ll begin by showing you the pattern I’m talking about (which is actually just three steps), then fully jumping on the bandwagon for six powerful months of behind the scenes (of all projects and businesses), beginning no later than two weeks from now.

Stay tuned for our next update once we’re situated back home.

Warmly,
Adam
PS The image is of Jen, Olivia, and myself on the beach at the cabin. It was taken from my Mavic drone.