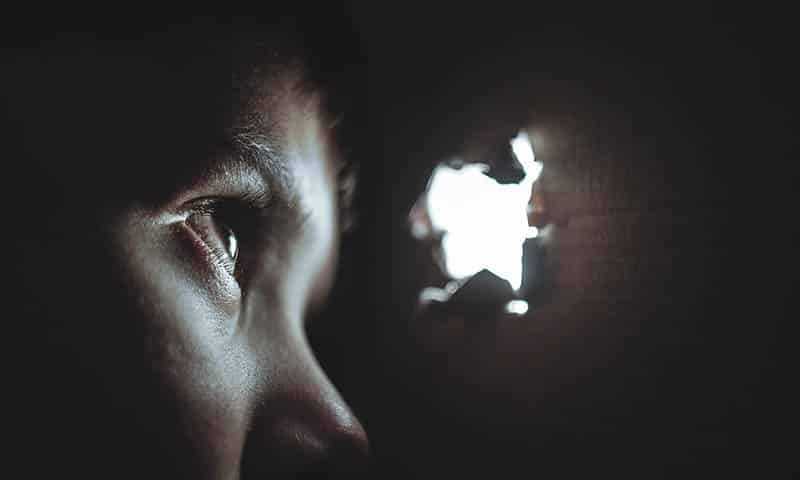 Robert could feel his heart beating faster as his clammy hands death-gripped the podium that stood just beyond the large screen filled with legal graphs, facts, and flowcharts.  His reason for pause wasn’t because he was nervous speaking in front of people, it was something else.

While staring over the heads of the audience, he heard a voice like the distant echo of a childhood friend.  Faint at first, but louder with every passing moment of silence as he stood motionless on stage.  Watching the audience become more uneasy, he could hear little Charlie’s laughter while they played Star Wars in the field behind his home.  He could see the bedsheet he used as a cape flowing back and forth in the summer breeze, as the two imagined vast open worlds, rising far into the sky.

“Where had it all gone so wrong?” he thought to himself.  “When did the novelty of childhood disappear?  Where was Charlie now?  Is he older like me?  I mean, is he older in the way of living a life that lacks the gift of imagination?  Or, is Charlie still laughing, dancing within the dreams of his youth?”

What seemed like several minutes of silence was only twenty-three seconds brought on by a memory begging to be heard.  And, as Robert noticed his boss leave his seat and move towards the stage, he caught himself and continued the lecture until it was complete.

Later that evening, and after several minutes of searching, Robert found his childhood friend on Facebook.  Although his hair had left him, he looked the same.  Not an older man in his forties, but a man who looked like the Charlie, Robert knew so well.  But something had changed.  The look of laughter and frolic he had remembered was now replaced with a deep unhappiness that brought tears to Robert’s eyes.

As he stared at Charlie’s profile picture, he felt a profound regret for not being there and for no longer staying in touch and protecting his friend from the same harshness of adulthood he had faced himself.  But it wasn’t that his regret was self-demeaning, because he knew that Charlie’s life wasn’t his responsibility.  Regardless of his emotions, something deep down told him he had the power to create real change.  Not just the kind of change that supports an individual, but the kind that can produce a shift within the happiness and contentment of an entire species.

“If things could only be different.” he thought as he closed the browser and took a deep breath.

Several months had passed since that moment of clarity behind the podium changed Robert’s life.  And, after almost seventeen years of service as head attorney to his law firm, he quit with the decision to find the answers to the change he was looking for.

Almost a full year later, Robert was now deeply entrenched into a new kind of work.  It was the kind that not only told a story, but showed those willing to listen, how to move through adulthood with solace and grace.  Now ready to apply his newfound skills in the physical world, he found himself reflecting on Charlie’s story while sitting in a small cafe sipping coffee.  As he looked towards the front of the room, he noticed an older man sitting alone in the corner.  The look on the man’s face was nothing short of defeat and depression.  It was in that moment Robert began a new story.  Not one of his own accord, but one that could help those like Charlie see their own beauty, far beyond the false desolation of life.

Placing the papers and pen back into his satchel, he reached into his pocket and carefully adjusted the tip for the waitress.  Two-dollars and twenty-four cents.

As Robert walked towards the exit, he stopped and gave the man in the corner a sincere smile.  The man did not return the gesture.

But it didn’t matter.

Robert had already activated the choice that would not only change his life, but also the lives of anyone who crossed his path.