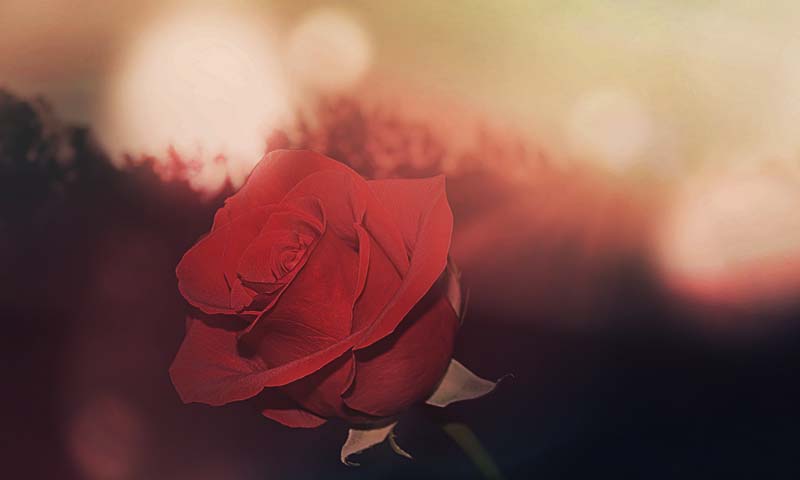 The damp air chilled her body as her consciousness faded to the poison that flowed through her veins.  It had been only two hours since she left the protection of her tent, was bitten, then lost her way deep within the woods.

Cursing the cold, wet ground that now stung her bare feet, she chose to rest and watch the moonlight sparkle across the blackened lake.  Holding her shaking body, a dark thought ran across her mind.

“Is this how it’s supposed to end?”

As the night progressed and her consciousness faded, her mind ran through the memories of the past she held dear.  The friendships she made, family, the beautiful places she visited, and the accomplishments she cherished.  But it was one specific thought that helped her open her mind to the reality before her.

“If this is my final moment, I don’t want to be afraid.  Instead, I want to pass with a full heart and a clear mind.”

This not only gave her a sense of hope, but also a sense of purpose.  Maybe it was what life was all about, to become conscious of yourself, to embrace inevitability, then realize that you’ve had the gift of choice all along.

As the scenario ran through her mind, she could feel her body surrender to the eternity of sleep.

“There will be no more nights so peaceful, or so beautiful.  This is my choice.” she said out loud to herself as she took one last look over the beautiful moonlit lake.

As her body slipped into the ethers, she felt herself become part of the lake, the moonlight, and the sun that would eventually cut through the darkness as it rose.  It was strange to be so clear, to be so present and, to be so in love with this final moment.

The next morning the sunlight breached the horizon and began to warm her cold body.  Her first thought was that she was in heaven, but as the pain in her leg returned, she was forced to inspect the bite.  Now seeing the two rose thorns protruding from just under her skin, she began to laugh and cry at the same time.

Shifting her body towards the lake, she heard a rustle from behind her and noticed a chipmunk on a rock just a few feet away.  He was standing on his hind legs although missing a couple of toes from his left foot.  Other than that, he seemed to be in perfect health as he stuffed his tiny little cheeks full of seeds.

As she got to her feet and walked over towards the tiny beast who was clearly unafraid of her presence, she spoke as if the two were sharing this beautiful moment.

“I see you have received the same gift I have little one.”

Being scared to die can show you how to truly live.  But to be given a second chance, especially when you’ve embraced it before knowing its truth, that’s something else altogether.  When I began this story, I wanted to show how powerful the moment of surrender can be.  As a teenager, I went through some pretty intense situations.  One of those, led me into the woods contemplating my need for staying on this planet.  It was a desperate time, and as I spent that night cursing my life, everything changed when the sun rose the next morning.  For me, I had made it through the night, one of my darkest moments, and into a new reality that had set me free from the suffering of my mind.  I will never forget that beautiful gift as it has shaped my path ever since.

As for the chipmunk.  This was added after the story was written, but seemed to fit so perfectly towards the end.

When you write like this (from scratch, having no idea what, or where, it’s going), you find parts of your life commingled.  For this story, it was the chipmunk at the cabin.  And yes, it takes time to earn a chipmunk’s trust.  Even more so for the little ones who’ve had that trust abused. (the toes missing on his foot)

The image below is of Alec feeding that little furry friend at the cabin.  He’s been there for a couple of years and continues to carry on regardless of whatever it was that almost ended his life.  We share gratitude every time we see him and his buddies too.  I can only hope he made it through the winter and that he recognizes us when we return in April.  Something tells me that if he’s there, he’ll be accepting seeds from our bare hands, once again.

PS We have named him “Steve”.  I know, strange name.  But, if you know who the character Steve Austin is, then you’re most likely laughing right now. 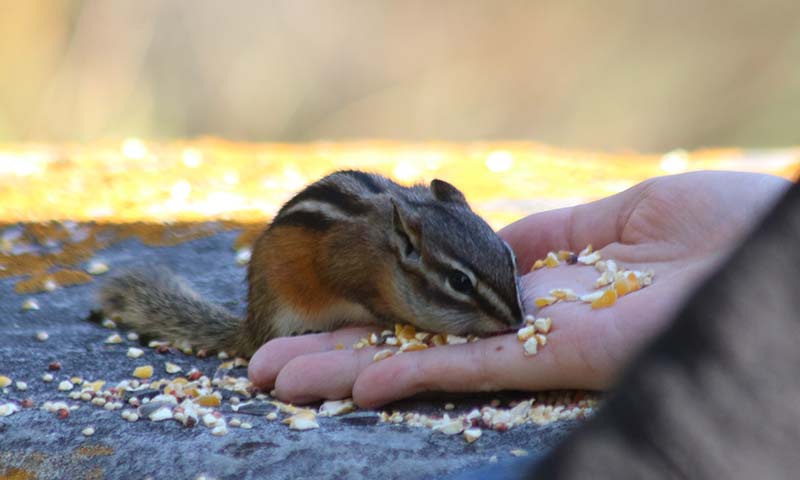