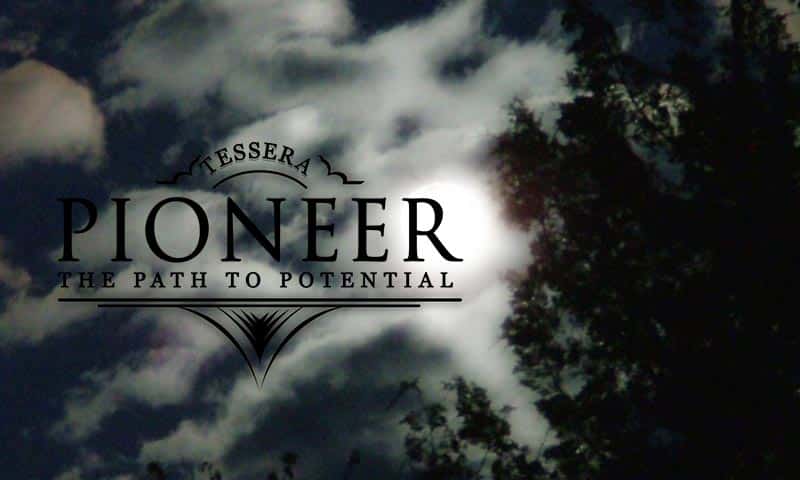 It was Saturday night when the first of the three birds showed up. It was too dark to know what kind it was, but it swooped in as quiet as a field mouse, as it perched itself upon the ash tree’s lowest limb.

The moonlight glistened off its feathers, as it tucked its head into its chest, and buckled down for the night.

I smiled, and turned for the night myself.

The next day, of course, it was no longer there.

But that didn’t matter.

What mattered, is that it showed up in the first place.

As I sipped my morning coffee, I stopped for a moment to enjoy the sunlight as it glistened off my skin.

It was a beautiful morning, silent, still.

After breakfast, I decided to have tea outside and continue with my writing.

The piece I was working on, was about the psychology of conscious dreaming.  About how we can learn to pay attention to our surroundings in the physical world, so that we can wake up and regain consciousness in the non-physical world.

Conscious dreaming is an amazing experience, like nothing you’ve ever known.

It’s so amazing, that when I meet someone for the first time, and we have a conversation about conscious dreaming, I can tell if they’ve actually woken up in a dream, just by the way their answer.

If it’s a quick “oh yes, I remember my dreams very well and they seem so real”, then I know they’ve never actually woken up in them.

To wake up in a dream, is the single most exhilarating human experience next to childbirth.

You don’t just “wake up”, you are literally there, present, with 100% clarity.

The kind of clarity that can only be described as single-minded focus, as if in the physical world, but with zero subconscious bantering going on in the background.

It is one of the most powerful states of awareness, a human can know.

In fact, the first experiences are so overwhelming, they usually only last a few seconds.

As I continued with my writing, that’s when the second bird came.

This time, because of the sunlight shimmering through the leaves of the tree, I could tell what kind of bird it was.

It was a gold finch.

I smiled, and thanked it for allowing me to share this moment of gratitude.

As the day progressed, my mind raced with its normal distractions. Regardless, I wasn’t about to let that stop me from awakening.

So, I continued to check the tree every chance I got.

As the afternoon gave way to the evening, I began to wonder if my final bird would show up.

This was of course, my cue.

After waiting for what seemed like hours, I was about to turn in for the night.

And that’s when I heard it.

No, it wasn’t a bird, but it served the same purpose.

I almost laughed out loud, as if the universe was trying to prove a point about consciousness and awareness.

It was saying, “You don’t make the rules, I do.  And yes, this is good enough, you’re complete. Now head to bed and see what happens.”

That night it was the ash tree that became the center of my focus.  And whatever landed upon it, would serve as my cue for my consciousness check.

Whether it was two birds and a Cicada, a lizard, a chicken, and an eagle, it didn’t matter.

It just had to be three pieces that were congruent to that single tree.

And because of this single shift in awareness, I have never been the same.

The whole point of this story, was to look for three objects in which I could become fully aware of.

This is a new technique for waking up in the physical world, just like we do in the non-physical world. (i.e. wake up in a dream)

To wake up HERE and NOW, is exhilarating to say the least.

However, we pay little attention here, not nearly enough to be present of our true selves.

You see, the true self is illusive, because it doesn’t live in just one world.

It lives in two.

The point, is that if you can’t become aware of which environment is which, especially when you’re in either one of them at any given time, you’ll never know the feeling of true consciousness.

And without true consciousness, we continue to move through life with an identity that only knows what it’s been taught.

Do yourself a favor today.

Choose three specific things and look out for them, as they enter into your awareness throughout the day.

Like the three birds. (Or two birds and a Cicada in this case) choose three things that have the potential to cross your path in a single day.

Maybe it’s the same three words that you hear from three different people.

Maybe it’s three distinct sounds, such as a vacuum cleaner, or silverware hitting the ground as it’s dropped.

Maybe it’s something as simple as three separate bouts of laughter.

Just listen for them, and wait.

After you’ve found or experienced these three things, recall the experiences just before sleep.

Then, simply close your eyes, and watch for them again…..